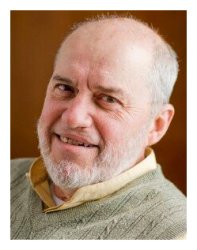 Patents, copyrights and trademarks, as well as trade secrets and related rights, can be used to exclude free riders. These rights are collectively called "intellectual property" or IP.

Patents and other intellectual property are important to enjoying market success but do not confer it. For example, Ford Motor Company is said to have spent $250 million and two years before introducing the 1957 Edsel. Expecting to sell 200,000 that year, alone, they sold only about 111,000 before taking it off the market three years later. IP would have been helpful had the Edsel succeeded. However, exclusive rights in something no one wants are worth little.

Those aware of this may be tempted to avoid investing precious start-up capital in IP-related expenses. Yet, it is dangerous to defer those costs. Closely copying another's goods or services poses risks, but IP infringement can occur without deliberate imitation. Indeed, as discussed below, copying can sometimes help avoid problems. Beyond that, everyone should know how to cost-effectively protect their own rights.

If a man can make a better mousetrap, though he builds his house in the woods the world will make a beaten path to his door. -- Attributed to Ralph Waldo Emerson

Assume that Judy Brown has invented a better mousetrap and intends to make and sell it through her firm, BrownCo. If available, patents could forestall competition while the firm gets established. Because patents are often most useful to new firms, they warrant consideration from the outset. However, let's assume that Brown spends no money on IP matters.

Brand names (or trademarks) are helpful too. Being aware that good brand names command premium prices, Brown picks "Figaro" as easily remembered. Finding the mark unregistered in her state, she registers it herself for a modest fee.

The more success BrownCo enjoys, the more others will be tempted to copy. What will happen if, just as it becomes successful, a large, well-known competitor copies BrownCo's product and sells it for 20% less?

Consumer goodwill toward "Figaro" may be enough, alone, to meet that level of competition. Yet, what will happen if others later prove to have superior rights in "Figaro" or in some feature of BrownCo's mousetrap? Having neglected IP concerns, Brown could have to buy expensive licenses or, possibly worse, forfeit her mark or preferred design.

Firms need not copy to infringe: Utility patents cover how products are made, work or are used. Owners can halt the unauthorized practice of covered inventions for approximately 20 years from filing. Design patents last 14 years from the date of issue and confer exclusive rights in the appearance of products such as mousetraps. Copying isn't needed to recover damages or to stop others from practicing either type of patent.

Patent searches: The only way to discover potentially blocking patents is to search U.S. Patent and Trademark Office (PTO) grants (and, since late 2000, published applications). One must not assume that unmarketed products are unpatented. Patented products may never be sold, and many new products soon fail in the market. Because patents expire, it is unnecessary to search back much more than twenty years.

Yet, searches beyond the period in which patents might still be in force are helpful. Old patents may contain useful ideas or claims to critical components of Brown's mousetrap. If so, BrownCo has little or no infringement risk.

The worst possibility is that a current patent or pending application covers part of her design, If so, BrownCo needs permission to use it. Deliberate infringements generate larger awards, but ignorance is no defense. Injunctions, too, can mean legal fees, inventory loss and retooling costs.

Between those extremes, some component of Brown's design might be both unpatented and patentable. This would be good for her to know before BrownCo goes into production. U.S. law allows a one-year grace period, but most countries will not grant patents on applications filed even one day after marketing or disclosure.

As suggested earlier, trademarks (or brand names) are commercial source indicators. They do not expire. The longer they are used, the more valuable they may become. Marks can be words, slogans, logos, sounds, three-dimensional symbols or even scents! Fortunately, if rights exist, most arise automatically. Unlike the situation with patents, delay before seeking full protection is less apt to be fatal.

Copying another's trademark is unwise: Nothing closely resembling another's mark should be used. Unregistered marks and those registered with states sometimes bear a superscripted TM or SM. (SM means service mark.) Marks registered with the PTO enjoy somewhat stronger and geographically broader protection. They should be indicated by the ® symbol. In no case does a junior user's mark need to be identical for infringement. That requires only likely consumer confusion. Consider an example where confusion is nearly certain.

Trademark searches are critical to keeping hard-won goodwill. To use "Figaro" without learning whether that name is already used by others on similar goods is foolish. First, internet "knock-out" searches should be done, using Google, for example. Marks that survive should also be checked against state and, certainly, against federal registrations and pending applications.

No one is eager to use precious start-up capital for patent and trademark searches, but proceeding without them is akin to erecting a building or signing a long-term lease without clearing the real estate title. Searches do not make a new product more appealing to the public, but they help ensure enjoyment of hard-won market success. They offer comparatively cheap insurance against the risk of, for example, retooling and advertising costs or inventory losses.

Trademark searches alone, may, however be insufficient. It is important to consider possible non-trademark users. Because Figaro is the cat in Pinocchio, will Disney protest? What if BrownCo used Mickey instead? Will a single long-term user in some small town wreak havoc with a national sales campaign? Comprehensive searches and analyses minimize such risks.

It would be a very bad idea for Brown to copy others' text or drawings without permission or advice of counsel. However, information, ideas, technology (computer software aside) and the like are generally not protected by copyright and should pose little concern. Unlike both patents and trademarks, copyrights are not apt to be infringed without conscious duplication of copyrightable subject matter.

Exclusive rights to reproduce protectable subject matter arise automatically, and copyrights last much longer than the probable shelf life of most works. It is not required, but prompt registration is inexpensive and offers attractive remedies. Brown should therefore consider copyright registrations.

Most competitively valuable information that can be, and is, kept secret is automatically protected from "misappropriation." Brown and her employees must try to preserve the confidentiality of all such information. Despite such efforts, Brown should understand that, without patents, others may copy anything she markets.

Brown faces possible liability only if she engages in overt industrial espionage or, more likely, recruits employees from competitors. Before doing the latter, she should consult counsel.

Most people know enough about real property to roughly balance costs and location. They also know to clear title before making a purchase or commencing construction.

But few people starting businesses have equivalent knowledge of intellectual property. The more money or time they plan to invest, the larger the potential cost of ignorance. Even those highly tolerant of free riders must consider and control for serious risks of infringing the rights of others.

The Need for Experienced Counsel

Attorneys must pass a special examination before seeking patents from the PTO, but any attorney may register trademarks or copyrights, or initiate or defend any kind of IP litigation. Yet, because many attorneys are unfamiliar with IP fundamentals, small business owners should seek specialists.